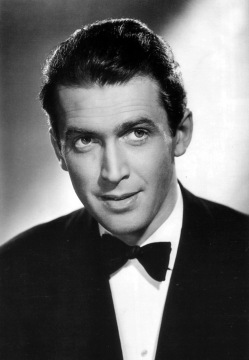 Stewart had a more varied career than most actors and far more than most leading men of the golden age. He not only was in, but was known for, comedies, dramas, melodramas, family films, romances, thrillers, and Westerns. Early in his career, he was in a string of sentimental Frank Capra movies, with It’s A Wonderful Life being the most famous. I’m not a fan of these as they tend to go over the top with shmaltz, letting both real human interaction and humor die for the sake of sentimentality. The worst offender is You Can’t Take It with You, a wonderful play that is gutted by Capra. Luckily, Stewart had other moments, with strong turns in comedies before becoming one of Hitchcock’s two favorites (Cary Grant being the other).

And for the best:

8 – The Mortal Storm (1940) — The movie that upset the Nazis; Hollywood finally took a stand on what had been going on in Europe. Stewart plays the friend of a “non-Aryan” family during the rise of the Nazi party in Germany.

7 – Bell Book and Candle (1958) — This should be on everyone’s Halloween viewing list, or Christmas. Stewart is a bit gray for his starring role in a supernatural romantic comedy, but Kim Novak is breathtaking as a powerful, sexy witch and Ernie Kovacs, Else Lanchester, and Jack Lemmon are all marvelous. [Also on the Jack Lemmon list]

6 – Vertigo (1958) — A second Hitchcock film, this one even more over-hyped than the last having replaced Citizen Kane as the greatest movie of all time according to Sight and Sound. It’s still a good flick, with Stewart as an obsessed and troubled man. While it is shot as a thriller, it is really a character drama.

5 – Rear Window (1954) — A Hitchcock thriller seeped in voyeurism. It’s become hip to love it in recent years, but don’t let that dissuade you. It is a nicely tense work.

4 – Anatomy of a Murder (1959) — A courtroom drama that questions our prejudices. Stewart attempts to defend an unpleasant and violent defendant with a promiscuous wife from a murder everyone would be happy to hang on him.

3 – Harvey (1950) — A happy man with a giant invisible rabbit as his best friend upsets his uptight family. This may be Stewart’s best performance. It is certainly his most unusual.

2 – After the Thin Man (1936) — Stewart plays third banana to William Powell and Myrna Loy. Taking place soon after The Thin Man, Nick and Nora are summoned by Nora’s snobbish family because a husband is missing. The relationship material is wonderful, the humor is spot on, and the mystery is engaging. [Also on the Myrna Loy list and the William Powell list]

1 – The Philadelphia Story (1940) — This is the essential romcom, and was the perfect vehicle for its three leads, Stewart, Cary Grant, and Katherine Hepburn. None of them ever had a role that more completely played to their strengths. This is as witty as film gets. [Also on the Katherine Hepburn list and the Cary Grant list]