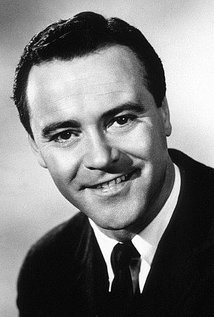 I made a list for Walter Matthau the other day so it seemed wrong not to do the same for his frequent partner, Jack Lemmon. Lemmon’s filmography is even stronger, with quite a few good films not making this list (and also Airport ’77!).

Lemmon was known as a comic, but he was equally good as a dramatic actor, with standout performances in The China Syndrome, Glengarry Glen Ross, and Days of Wine and Roses–Lemmon’s own favorite performance. The last led to many films working with director Blake Edwards. He was also frequently cast by Billy Wilder.

Lemmon shot to fame quickly with a pair of 1954 Judy Holliday comedies, It Should Happen to You and Phffft. While I enjoy both in parts, Lemmon’s characters are surprisingly unlikeable in both, though I suspect that in the case of the first film, that is an effect of time; the character is sexist in a way I bet would have been overlooked by many at the time.

On to the best:

8 – How to Murder Your Wife (1968) – Probably not on most Lemmon lists but I find it charming. It’s a bit of an old-style “war between the sexes” comedy, but has aged better. Virna Lisi, who is always referred to as an Italian goddess, is stunning in her first American picture.

7 – The Odd Couple (1965) – THE Lemmon/Matthau film and THE Neil Simon play. Funny. A little sad. Not much like the TV show. [Also on the Walter Matthau list]

6 – The Front Page (1974) – Another Lemmon/Matthau picture and a good version of the play, though I prefer His Girl Friday.  [Also on the Walter Matthau list]

5 – Bell Book and Candle (1958) – This should be on everyone’s Halloween viewing list, or Christmas. Jimmy Stewart is a bit gray for his starring role in a supernatural romantic comedy, but Kim Novak is breathtaking as a powerful, sexy witch and Ernie Kovacs, Else Lanchester, and of course, Jack Lemmon are all marvelous.

4 – The Great Race (1965) – After a couple of deeper entries we get one that is all fluff. Lemmon steals the film as the mustache-twirling villain, Professor Fate. This is a great Saturday afternoon family picture.

3 – The China Syndrome (1979) – A film that’s often stuck as “being of its time,” but it shouldn’t be. Lemmon’s tragic performance is perhaps his very best.

2 – Mister Roberts (1955) – One of the great war pictures, it is always tricky to label this a comedy or a drama or a tragedy. It is brilliant any which way, with great performances by Jimmy Cagney, William Powell, and Henry Fonda in the lead, but Lemmon owns the picture (the Academy of Motion Picture Arts and Sciences agreed) and is the source of much of the humor.

1 – Some Like It Hot (1959) – Often cited as the greatest comedy of all time, it is certainly a contender. If you haven’t’ seen it, go see it now. It’s a buddy, drag, romantic comedy with gangsters staring Lemmon, Tony Curtis, George Raft, and Marilyn Monroe. What’s not to love?