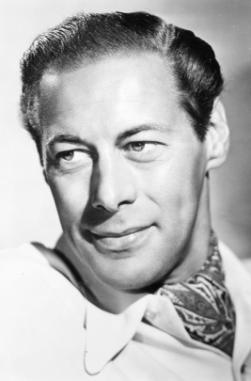 I think of Rex Harrison as one of the great actors, yet “great” is not a word I use with his most famous films. Doctor Dolittle, Anna and the King of Siam, The Agony and the Ecstasy, The Yellow Rolls-Royce, and Cleopatra are all fine, watchable flicks, but no masterpieces, and I normally don’t even call them good without some kind of qualification. (My Fair Lady is a level up, but I still qualify any compliments I give it.)

Not that he isn’t in some great films—or I wouldn’t be making a list for him—simply that they tend to be less known. His finest films are indeed great works in need of viewing.

8 – The Constant Husband (1955) – By the writing/directing/producing team of Sidney Gilliat and Frank Launder, which is always a good thing. Harrison is an amnesiac who finds that he may not have been a kindly guy.

7 – My Fair Lady (1964) – Audrey Hepburn is lovely. Harrison is fun. And the music is wonderful. It suffers from dubbing and the same flaw as the Broadway musical–the tacked on and in every way wrong “happy ending.” [Also on the Audrey Hepburn list]

6 – Storm in a Teacup (1937) – A political satire, that seems to be about a small affair being blown out of proportion, but is a look at how fascism works and needs to be fought. A brilliant film with a sadly weak ending.

5 – Unfaithfully Yours (1948) – A dark comedy by Preston Sturges, who made a career out of not fitting Hollywood expectations. This one has Harrison daydreaming how to kill his assumed-to-be unfaithful wife.

4 – Night Train to Munich (1940) – A WWII spy thriller set in the world of The Lady Vanishes. It leans more on fun than tension.

3 – Major Barbara (1941) – Harrison in another film based on a Shaw play, with a co-star who was in the movie of Pygmalion. A thoughtful movie, with a few moments which work better on stage.

2 – Blithe Spirit (1945) – A séance has the unfortunate effect of summoning the ghost of an author’s first wife. Witty English humor based on a play.