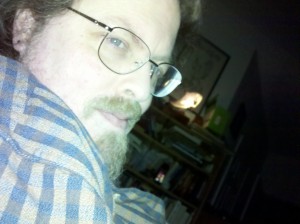 You’ve wisely come to the site of the film criticism and ponderings of Matthew M. Foster. This site reviews the best in genre film (where genre is taken very broadly). Reviews are grouped into lists so you can compare films with similar subjects.

This is where I should describe your humble author’s place of birth and childhood.  But I’m not humble, and I can’t imagine why anyone would care where I came from.  My goal is to help you choose the films to watch, and to promote the ones of real value.

So, what’s important about me?  Well, the most important fact is that I’m always right.  That is essential for a film critic (and even the lesser “film reviewer”).  A film critic who is worth anything must be right in some kind of objective way, or it’s all just vague opinion.  And if that’s all it is, then critics should be replaced by polls.

“Ah,” you say, “if the film critic’s thoughts are more than opinion, then why do some critics disagree with you?”  That’s easy; it’s because those critics are wrong, while I’m right.  It really is quite simple.

Do I sound arrogant?  Good.  Who needs a wishy-washy critic?

I am a freelance film critic and film historian.  You didn’t know there were freelance film critics?  It’s good to learn, isn’t it?  Since I am freelance, that means you can hire me.  Do you have a newspaper, website, radio station, or production company?  Chances are, you would benefit from retaining my services.  If I were you, I’d do it at once.

I’m also the Director of the Dragon*Con Film Festival, which annually brings filmmakers, features, and the best in Independent Short film to Atlanta.

This site has three parts: