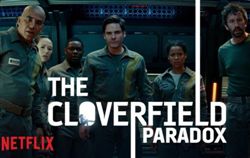 I’m a little late for my worst fantasy and science fiction of 2018. Still, a late warning is better than none at all.  I’ve no doubt missed some of the sand, but I’ve done my best to look at every film that had a chance to get onto this list. And I’m not counting ultra-low budget films without a real release. These are films that had studio backing.

Note: If I was expanding this beyond F&SF, Mission Impossible: Fallout and Tomb Raider would take slots below, and MI: Fallout is arguably SF, but as more people than not wouldn’t count either of them, I left them off.

First, a few special awards for films that avoided this list:

Most Disappointing: Deadpool 2 (My Review)
Most Unnecessary: Solo: A Star Wars Story  (My Review)
Greatest Artistic Drop in a Franchise: Incredibles 2

Swiping from Event Horizon, 2010, Life, Alien, and many ‘80s SF films, it never decides what story it wants to tell, so fails to tell any. (Full Review)

It’s a patchwork of previous movies. There is not a single moment you won’t predict, even down the order of the deaths. (Full Review)

Yet another film in The Conjuring franchise, there’s talent all over this production, but there’s no story. It’s just “some evil stuff happens” till it stops. (Full Review)

Maybe it wouldn’t seem like such a sleazy cash-grab if the filmmakers had anything to say or if it hadn’t all been done before in an earlier Halloween film. (Full Review)

A sci-fi story about surviving on Titan, except there’s only 20 seconds on Titan. 50% of the film is spent in a pleasant glass house, and the rest at what I assume was a local Spanish YMCA. (Full Review)

This is what you show someone if you want them to hate Batman, comics, superheroes, and anime. (Full Review)

Shouldn’t a Nazi puppet film be fun? The murders are mean spirited, which kills the comedy. The silly moments kill the horror. And everything kills the message. (Full Review)

There’s no scares, no emotional beats, and no clever plot moments—there’s hardly a plot at all. It isn’t even memorable enough to rate as truly awful. (Full Review)

An ugly After School Special with all the charm ripped away, it’s dull, simplistic, and an insult to children (Full Review)

It’s a toxic stew of everything that’s wrong with fandom. It’s an obnoxious, sexist, racist rant in favor of nostalgia-fanboy mania, but it was made so poorly that the hate groups didn’t even realize it was for them till after its theatrical run. (Full Review)