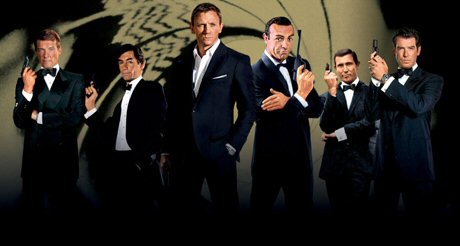 The Oscars are tonight, and I’ve never cared less. There is nothing of interest nominated. This isn’t exactly new. The Oscars are wrong almost every year in almost every way. So, I needed something cinema-related that was about as far form The Oscars as I could go. But I wasn’t prepared for a nunsploitation essay, and I have been re-watching all the Bond films, so, Bond it is. Here are my ranking of the 28 Bond films (updated for No Time To Die, and including the 3 non-Eon productions).

My general view is I like Bond when he is edgy. That is, when he doesn’t fit as a traditional hero, or a traditional Hollywood character. Heroes just do the right thing. That’s not Bond. In Hollywood, if you don’t do the right thing, you suffer for it. If you sleep around, it is to hide your pain. If you murder people, it is heavy on your soul. In recent years, Bond has gone Hollywood, thus losing that edge. But it started very differently, when Connery’s Bond shot down a man in cold blood, and he enjoyed it. That’s my Bond. So, here we go. (I’ve also Ranked the Bond Villains and Ranked the Bond Title Sequences.) 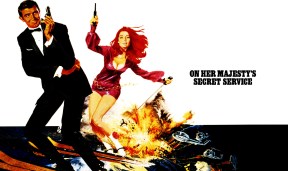 The Good: It is technically a film. Diana Rigg is a fine actress.
The Bad: Lazenby cannot act, which is particularly troubling in a film where he needs to show emotion. Even co-star Diana Rigg said he was horrible. The tone is dead serious, but the plot is as silly as they come: psychedelic chicken hypnosis to blackmail Europe into recognizing his hereditary title!! Big emotional relationship depicted by a montage—a montage! Glacial pace. A weirdo with a cat fetish is played seriously. 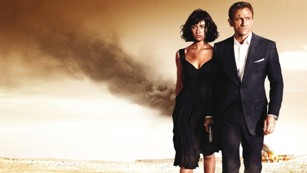 The Good: It’s not that long.
The Bad: Wimpy villain. Poorly edited fight scenes. Glum tone. A plot best not to think about, and you won’t. Forgettable. I just watched it and I’m forgetting it. Filmed when there was a writers-strike so they were just making stuff up on set; most of those involved, including Craig, admit that this one doesn’t work. 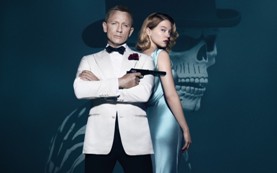 The Good: The first act is pretty good. Not great, but the action is decent and it’s filmed quite well. Bond following leads and hopping around the globe is always fun and Craig seems reasonably comfortable.
The Bad: BLOFELD IS JAMES BOND’S BROTHER! Really? That’s where they went? OK, the family metaphor can work with Bond. See GoldenEye. But this isn’t a metaphor. This is just lame. Everything in the last few films has been because Blofeld thought his daddy loved James more than him. He drags down not just this film; he drags down four films. Yes, there’s a lot more wrong than just that. The dour Bond world of the Craig reboot doesn’t mesh well with the call-backs to earlier Bond. Plus the plot is stolen, the color pallet is monotonous, and human motivations are questionable to be polite. And really, everything in the last third is junk. But the Blofeld family stuff is the most painful. 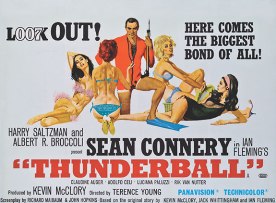